Editor’s Note: Thanks so much to all the Rangers who participated in writing this post. Another team effort in the bag! Happy New Year, everyone!

Lt. JG Nancy Soares: For years there were no women Rangers. Then John Lull sponsored Deb Volturno, who took her test in 1996. For a long time after that, no other women were invited to join the team. But one by one, Paula Renouf, Cate Hawthorne, and myself were inducted, and now Deb is our Captain. It’s pretty awesome. The guys have welcomed us and while over 30 years some members have come and gone, the camaraderie is the same and the team is still strong. Here’s Cate in her own words:

Lt. Cate Hawthorne: I started kayaking in 2006 when Jeff and I started dating. When we met, I was a teacher and he was a gypsy kayak instructor. During school breaks, I would travel to where he was teaching to see him and when appropriate would join in on his classes. In many ways, this was beneficial and challenging because I was learning sea, whitewater, and surf kayaking at the same time. One of the biggest challenges was finding kayaks and equipment that fit. Often Jeff’s kayaks and gear were too big. I was constantly frustrated by having to duck tape minicell foam into whatever kayak was available to make the boat fit. Inevitably the foam would slip and I would feel like I was trying to paddle a tub. Eventually Jeff realized that I was serious about learning to be a performance paddler and let me take over and outfit one of his whitewater kayaks as my own.

Now, I was ready to roll . . . Oh that is another story – having your significant other teach you to roll.

In 2008, I left public education to operate Liquid Fusion Kayaking with Jeff. Teaching and guiding kayaking was a relatively easy transition. Learning to run a business and getting it to pay the bills during a recession was a bit more challenging. Fortunately we have managed to keep our heads above water even through a rocky beginning and most recently a crazy pandemic. We are not getting rich financially but are definitely rich in life. When not out on the water, I am likely to be in the forest – mountain biking, hiking, mushroom hunting, and geeking out on nature.

Whitewater and surf have become my favorite disciplines of kayaking. I love dancing with the water – surfing on a wave or tick tac toeing my way down rapids. In 2011, I did my first self-support whitewater kayak trip with Jeff on the Eel River and became hooked on multi day river trips. Now each year, we attempt to camp out of our kayaks as much as possible.

I think this is loosely how I became involved with the Rangers. I remember being a guest on several retreats. From day one, I felt like I was part of the tribe – playing hard, working as a team, planning and cooking tasty meals, enjoying fine tequila, and enjoying life on and off the water.

A  badass (or shit-hot??)  water woman, Cate is understated and undaunted much like Clark Kent. Yet, once in her super power kayak – kapow! Cate is addicted to surf, dominates the rock gardens, especially with her enviable pour-over prowess, and she deftly explores the dank, chaotic depths of sea caves with gusto! A spirit that is obviously a welcome match for the Tsunami Ranger tribe!

Cate’s Officer’s Test! I had the pleasure and honor of overseeing this time eternal rite of passage on this cadet’s chosen day. Let’s just say… Cate executed with style, grace, and competence! Highlighted were her polished water woman skills, resourcefulness, playfulness, astute risk management, solid leadership, and impressive group management – which is no easy task with the Tsunami Rangers! To top off the exceptional day on the sea, Cate pulled out some fine sipping tequila from her kayak. We raised a toast to the Sea Deities, grateful for the gift to paddle another day, and then we raised an enthusiastic toast to Cate, who earned the rank of Lieutenant that day!

Lt. JG Nancy Soares: I first saw Cate in June of 2012. I had taken a detour off Highway 1 to check out Caspar State Beach, a sweet little surf spot. The Liquid Fusion van was parked by the roadside and Cate and Jeff were out messing around in the waves. Because I had places to go I just took a couple of photos and drove on. Eric had died in February and when writing Kayak Pilgrim, a post about that trip, I asked at the end of the post for advice for a wave widow. Here is Cate’s response: “Advice for the wave widow? You’re doing it – connecting with like-minded folk, adventuring, and planning the next adventure. Let’s plan an adventure soon!!! Cate”. Already she was a supportive friend.

The first time I paddled with Cate was at Ft. Bragg over Labor Day in 2013. I took a Whitewater of the Sea class from her and Jeff Laxier of Liquid Fusion. It was a wonderful experience and I learned that Cate is an excellent kayaker and instructor.

I don’t remember if it was on that trip or another one but at some point I took Cate down to Elk to introduce her to our friend Connie Taylor. It was about a 45-minute drive and it was the first time she and I had spent time together just the two of us, chatting. On that drive I learned to like and respect Cate on a deeper level. Mostly we talked about kayaking, and she shared a little of what it’s like to be a woman among the many male instructors in the kayaking world. Although my kayaking experience is mostly outside the mainstream and limited to adventures with the Rangers, I could relate.

More, I will always be grateful to Cate for her guidance during my Ranger test in 2017. One of my tasks was to lead an expedition. There were nine of us, and I had never led a kayaking group before, especially the Rangers, a notoriously independent bunch. I told Jim that since all good leaders surround themselves with competent people, I chose Cate as my second in command. It was the best decision I could have made. She knows the area way better than I do, and she has years of experience leading groups through cave systems and rock gardens. As my right hand woman Cate gave me confidence, and throughout that day she gave me little nudges that helped me keep the experience safe and fun for everyone.

Lt. Commander Steven “El Rey” King: I was honored to be with Cate when she took her test to become a Tsunami Ranger, along with Scott and Deb. It was an honor as she is a highly skilled professional kayaker and teacher. Watching her paddling her boat like it was an extension of her body was a joy. I can only say that she passed her test even before she pushed her boat off the shore. Having her a part of the tribe is what keeps the Rangers vital and fluid.

There is another aspect to Cate that I have learned more about over the years. She is a natural in front of a camera! I saw the great Fort Bragg promotional video that she did with Jeff. They where both highly engaging but Cate is so natural and enthusiastic I immediately wanted to go up and hang out in Fort Bragg. I also was fortunate to join in on a post-covid  webinar that she did on Ocean Kayaking, which was wonderful; she is so patient and dynamic and fun. She is a true guru of the sea, kayaking, and nature!

Ocean kayaking is more than paddle strokes, waves, rocks and action. In the cross wave puzzle of complex situations in ocean whitewater, Cate has the subtle moves and cool logic that is complimented by her tactical flexibility that works well in close quarters with a team like the Tsunami Rangers. Cate has been an important addition to the tribal strength of the team and is a good fit with all the other Rangers, which makes the right mix for a cocktail of clean whitewater fun.

Commander Jeff Laxier: I find myself sitting off to the side with a giant smile inside and out, as she clearly sees the Sea and precisely maneuvers her craft with the water for a “stoutside” ride. That’s a water woman, and that’s Tsunami Ranger Cate Hawthorne!

Cate Hawthorne brings to the tribe her adventurous spirit, passion for the water, and a skill set for all things Tsunami Ranger. Cate just loves to be on and in the water and in 2006 she was becoming quite the water woman. She quickly honed her kayak skills in Sea Kayaking, Whitewater River Kayaking, Performance Kayak Surfing and of course amongst the rock gardens of the sea.

Many times whilst watching Cate riding waves over rocks, I would say to myself, “Oh shit, I wouldn’t ride that!” Some rides were huge and on some the thrashings were great entertainment and I was (am) glad she is great at rolling a kayak and other self rescue techniques.

Here we are years later and Cate has become quite accomplished in many disciplines of kayaking. It’s exciting to sit back and watch Cate dance on the water. May it be kayak surfing, riding stout rock garden features on the sea, or slithering back and forth on a river wave, Cate moves as one with the water. Off the water in true Tsunami Ranger style, Cate can huck a knife, sip tequila, forage and catch foods, create great meals, and help create a fun camp life.

A true talent when it comes to the professional end of kayaking, Cate, a master teacher, can quickly assess and formulate plans to increase one’s abilities in Sea~River~Surf Kayaking, which increases the “Fun Meter”. I find myself sitting on the side lines with a giant smile inside and out, as Cate clearly sees the Sea and precisely maneuvers her craft with the water for a “stoutside” ride. That’s a water woman!

For questions or comments about Cate or Liquid Fusion Kayaking in Ft. Bragg, CA, please contact us below! We strongly recommend you get hold of Jeff and Cate. They’ll show you a grand old time! Here’s a video they did recently: https://www.youtube.com/watch?v=ZhkeAaOFgJE&feature=youtu.be 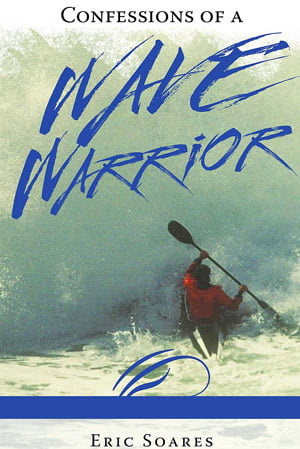 Get New Posts By E-Mail 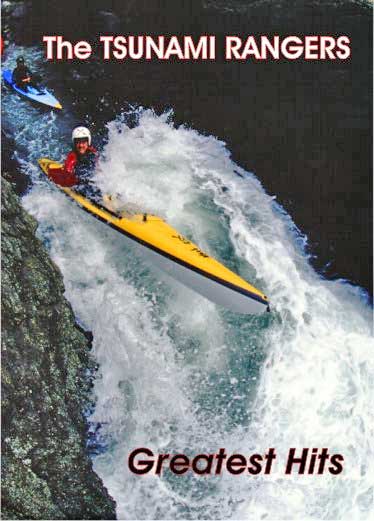 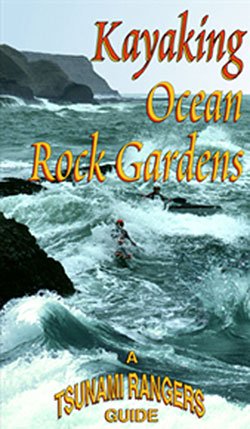